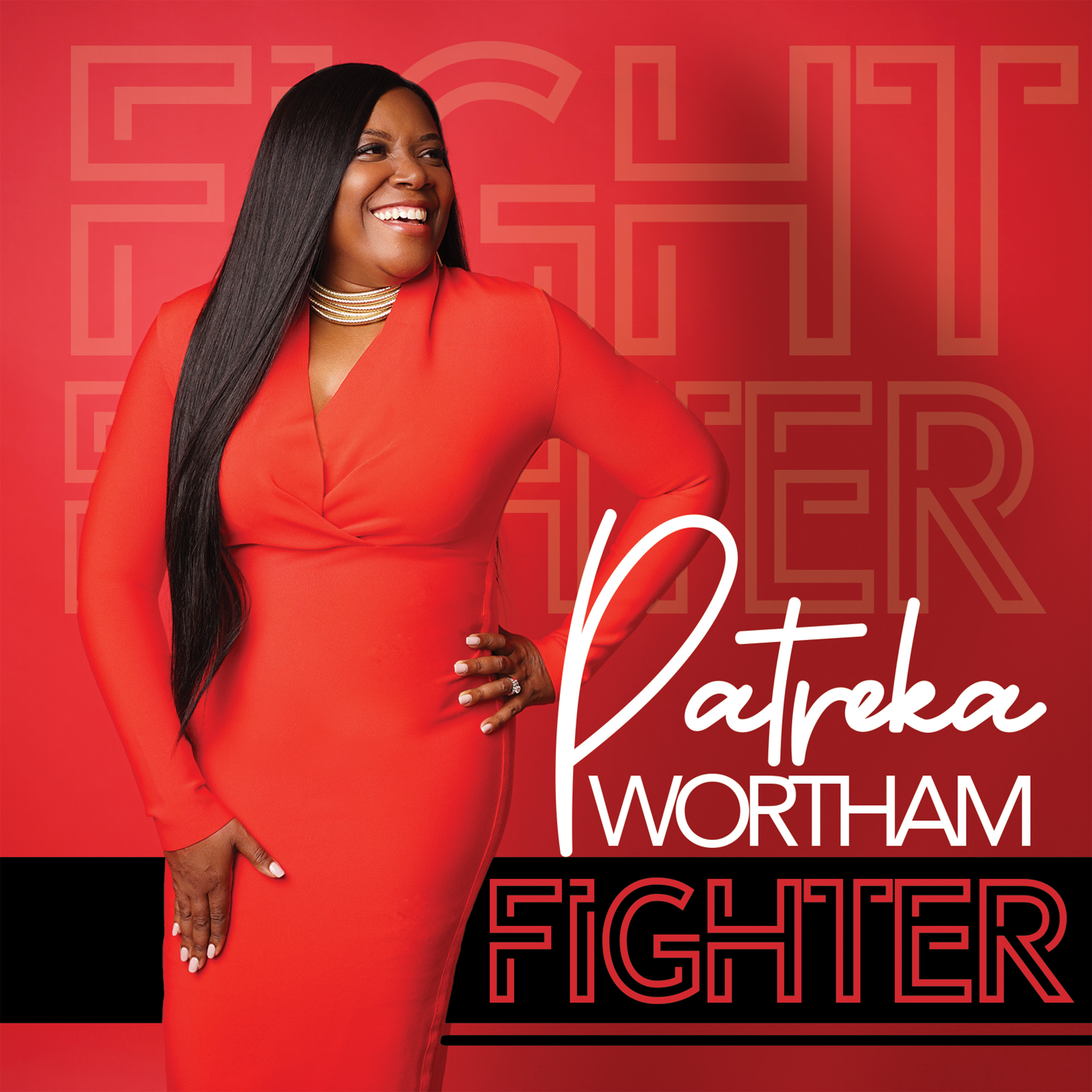 National Recording artist Patreka Wortham has announced the release of her highly anticipated single titled "Fighter". The anointed songbird's new single is slated to touch all digital outlets on March 5th. Patreka’s powerful vocals blended with a full band encourages and reminds the listener of the power within God has given us all to fight life's battles.

WHO IS PATREKA WORTHAM:

Patreka Wortham is a North Carolina native who from her you recognized both her connection to and the impact felt by others through music. Her journey in ministry is predestined as she has served under the leadership of Senior Pastor Shirley Caesar. It is while serving that she was presented the opportunity to lead the praise anthem “Praise Your Way Through” during the “After 40 Years, Still Sweeping Through the City” live recording in 2011 and then to co-arrange the inspiring selection “Survive This” on the CD “Fill This House” in 2016.

In 2018, Patreka was excited to be one of three local artists selected for a mainstage solo performance during Radio One’s Women’s Empowerment Conference in Raleigh, North Carolina; a full-day event that attracted thousands of attendees and included Michael Strahan of ABC’s Good Morning America as keynote speaker. In the same year, she was grateful to also be selected as North Carolina’s winner and a National Finalist in Walmart’s Gospel contest featuring David and Tamela Mann which included a feature performance at the 2018 Essence Festival in New Orleans, Louisiana. During the 34th Annual Stellar Gospel Awards in Las Vegas, Patreka was blessed to become the Stellar Awards Independent Artist Showcase Winner.

As grateful as she is to have had such unforgettable experiences, she is particularly appreciative to have been favored to share life with her loving husband and daughters who join her on occasion for ministry engagements. Patreka’s experiences has her prepped for big breakout year in 2021. She is currently available for speaking & singing engagements. Industry supporters can enjoy her single "Fighter" on all digital outlets March 5th.

Reply TerryNon
11:37 PM on March 21, 2021
The matrix over and over again I saw Gail Dines discourse with, at a convention in Boston, she moved the audience to tears with her description of the problems caused next to pornography, and provoked laughing with her sharp observations near pornographers themselves. Activists in the audience were newly inspired, and men at the conclusion – uncountable of whom had never viewed porn as a problem in the vanguard – queued up afterwards to guarantee their support. The mise en scene highlighted Dines's unsound charisma and the truthfully that, since the undoing of Andrea Dworkin, she has risen to that most baffling and interesting of mr roles: the great's cardinal anti-pornography campaigner.

Reply AlfonsoSar
11:39 PM on March 21, 2021
The last circumstance I slogan Gail Dines discourse with, at a talk in Boston, she moved the audience to tears with her statement of the problems caused next to dirt, and provoked sniggering with her intelligent observations about pornographers themselves. Activists in the audience were newly inspired, and men at the event – many of whom had never viewed smut as a muddle in advance of – queued up afterwards to pledge their support. The mise en scene highlighted Dines's unsound charisma and the fact that, since the death of Andrea Dworkin, she has risen to that most difficult and captivating of mr roles: the elated's cardinal anti-pornography campaigner.