MOMS OF BLACK BOYS UNITED FOR SOCIAL CHANGE, INC. CALLS THOUSANDS OF MOMS TO ACTION IN SUPPORT OF THE JUSTICE IN POLICING ACT 2020 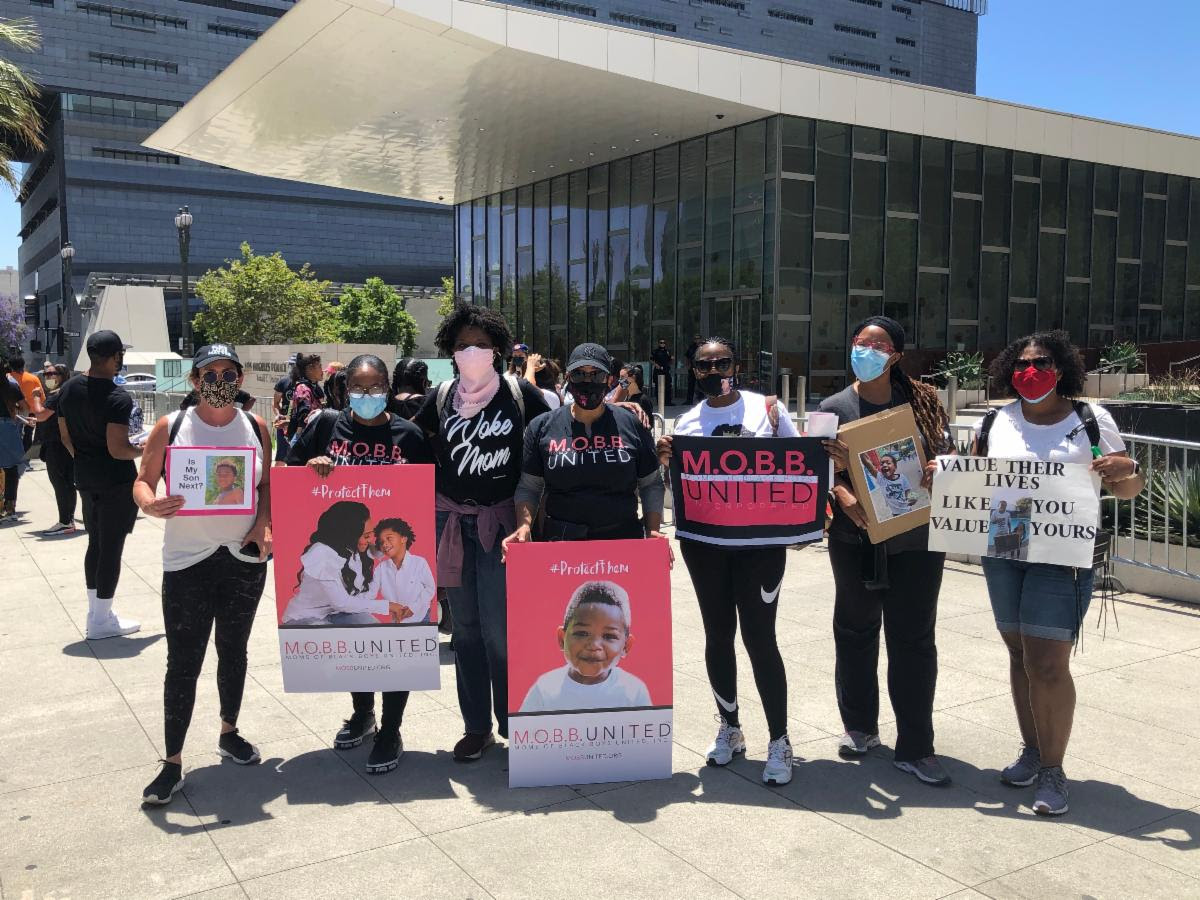 Moms of Black Boys United for Social Change, Inc. (M.O.B.B. United for Social Change), an online community of more than 170,000 moms with 15 local chapters nationwide advocating for fair and just treatment of Black boys and men in American society, remains on the front lines of the fight against racial injustice. From recent activities, such as participating in protests for policing and criminal justice reform, to hosting a National Day of Prayer uplifting the George Floyd family and others devastated by police violence, or rallying its thousands of members for outreach campaigns pressuring local and national elected officials to adopt new policies, MOBB United is actively working to ensure that Black sons survive and thrive.

Today, the organization is calling upon mothers engaged in the MOBB United community to raise their collective voices in support of the recently introduced Justice In Policing Act 2020. This legislation would establish national standards for training and operation of police departments that would be mandated at the federal level and uses the power of funding to encourage adoption of the same standards at the state and local level. It also seeks to address the systemic racism and bias that affect how Black boys and men are treated by law enforcement, as well as puts measures in place for better data collection around misconduct and clearer guidelines for effective prosecution.

Founder Depelsha McGruder believes these measures are an important first step in addressing the lack of accountability for police officers who perpetrate violent behavior toward Black men and boys. "We were encouraged to see measures put forth in recent days by the Governor of New York, Mayor of Los Angeles, and Louisville City Council, as well as the federal Justice in Policing Act legislation introduced in Congress. While these measures move our fight for justice in the right direction, we will not rest until these policies are signed into law and become common practice nationwide."

For more information on M.O.B.B. United for Social Change, to donate or volunteer, please visit mobbunited.org.